THOR: LOVE AND THUNDER makes for a fun watch. With some clap worthy scenes, hilarious dialogues, and well-executed action, the film is a complete entertainer.

Ever since the 2008 release IRON MAN, the Marvel Cinematic Universe has been gradually taking shape with each new release. Now after 28 films in the series, we see yet another one hitting screens in the form of THOR: LOVE AND THUNDER. But will this new film, which is the 29th film in the MCU, live up to expectations set by the previous releases, or will it turn out to be a cash grab, green screen fiesta, is what we analyse. 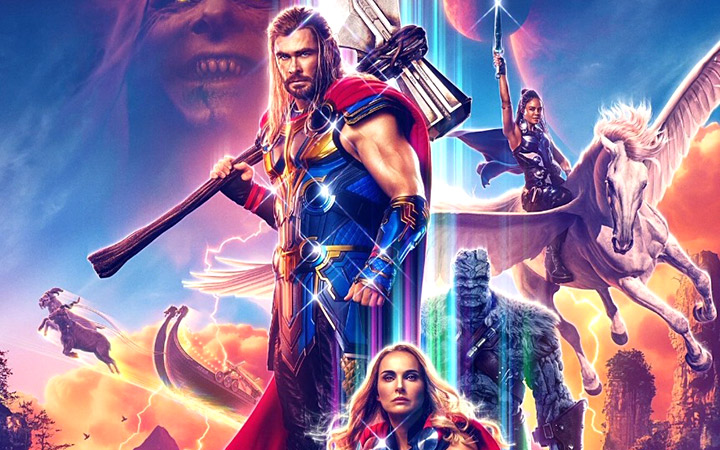 THOR: LOVE AND THNUDER starts after Thor joins the Guardians of the Galaxy, travelling across galaxies with the team to help aliens of the galaxies who are in distress. Eventually Sif's distress signal reaches the Guardian's ship. Thor parts ways with the Guardians to save Sif. Thor arrives to find a beaten Sif who informs him that Asgard is Gorr's next target. Bringing Thor out of retirement is the threat of Gorr the God Butcher, who seeks the extinction of the gods. To combat the threat, Thor enlists the help of King Valkyrie, Korg and ex-girlfriend Jane Foster, who - to Thor's surprise - inexplicably wields his magical hammer, Mjolnir, as the Mighty Thor. Together, they embark upon a harrowing cosmic adventure to uncover the mystery of the God Butcher's vengeance and stop him before it's too late.

THOR: LOVE AND THUNDER picks up on the same lines as the previous release THOR: RAGNAROK, with Taika Waititi at the helm of things, the film comes across as light and entertaining. With well-placed laughs and action sequences galore, the viewer is kept in his seat from the first frame to the last. Adding to this is the fact that the film is high on VFX and CGI, these well-executed and seamless transitions with green screen assistance makes THOR: LOVE AND THUNDER a fun filled two hour visual extravaganza. Continuing with the multi-colour palate that was introduced in RAGNAROK, the new release comes across as visually stunning. However, in the story department, things are rather linear, with a simple storyline of person turning evil due to circumstances, only to be vanquished by good. However, despite this, Waititi has done well by infusing humour, action and of course colour. Sadly, while some may find it a thrilling ride to watch, certain others may feel differently.

While the film has certainly been made and written with perfection there are certain moments where the viewer feels a bit more could've been added. This comes across in terms of action sequences, as the ones that are there have been executed with aplomb but they are few and far between. On the other hand, as compared to the first two THOR films, a massive change is evident in the writing department with most of the humour coming from witty one-liners. Aiding the visuals and the banter is the background score that keeps it peppy and energetic. With Guns N Roses playing a massive role in the music of the film, it perfectly accompanies the on screen visuals. A special mention needs to be made here of Waititi’s execution of a major battle sequence that has been teased in the trailer, the visuals of Gorr bleaching the colour from the main characters while growing stronger is finely executed. 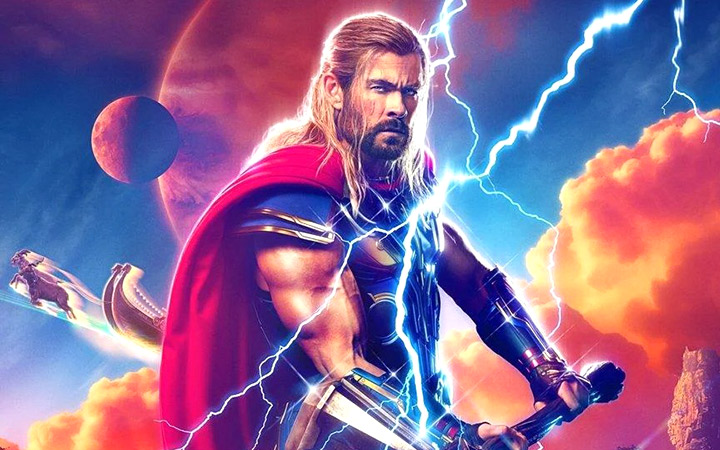 Coming to performances, Chris Hemsworth had stated that he was tired of doing a boring Thor, and would even quit if it was not made interesting. Well, with RAGNAROK and now LOVE AND THUNDER, we see a massive change in his character. Apart from pulling off the perfectly chiselled god-bod, to playing a more comedic role, Hemsworth has excelled putting his best forward. Tessa Thompson as Valkyrie sees an increase in her screen time as well as importance. Since becoming the de-facto ‘King’ of New Asgard, it is up to her to keep the people and kingdom safe. Natalie Portman as Jane Foster AKA Mighty Thor does beautifully in her given role. In fact, she excels in portraying the duality of her character, that of being a mortal on one hand and being a god on the other. However, the scene-stealer is none other than Christian Bale as Gorr the God Butcher. Bale not only manages to be menacing but also comes across as being rather weak both in spirit and in strength. Although a little more character depth could have made Gorr into a memorable villain, sadly the same is missing. Russel Crowe is fairly entertaining as Zeus. Chris Pratt is hardly there while Dave Bautista and other Guardians of the Galaxy are terribly wasted.

Talking about the cinematography and visual effects, THOR: LOVE AND THUNDER is replete with stunning visuals both real world and CGI. In fact, the crafters have done a fabulous job of interleaving real world visuals with CGI developed sequences and landscapes, making for a seamless experience. In terms of costumes, we see a change up from the conventional Thor colour scheme to more comic inspired one, with red, gold, and blue motif. This dazzling mix of colours goes a long way in keeping the visuals interesting.

On the whole, THOR: LOVE AND THUNDER makes for a fun watch. With some clap worthy scenes, hilarious dialogues, and well-executed action, the film is a complete entertainer. At the box office, with little to no competition, the film is expected to see good numbers coming in.

Box Office - Thor: Love and Thunder set to get into the Rs. 90 crores, JugJugg Jeeyo paced towards the Rs. 85 crores mark